Marvest 2018 arrives in the Glebe

There isn’t really a better time to get to know Ottawa’s emerging local music scene than this weekend in the Glebe.

A total of 70 bands are set to descend on the area Friday and Saturday for Marvest – a CityFolk off shoot festival that will see 24 Glebe venues transform into mini concert halls and performance spaces for a weekend of pure sonic fun.

Marvest was inspired by Austin’s acclaimed SXSW Festival – and although Marvest might not yet be on that same scale, the level of rich talent playing the Glebe festival is on par with any festival around.

Ottawa cares about local talent,” says Marvest Program Coordinator Emma Francis, adding that she sees over 500 artist submissions every year for Ottawa Bluesfest and CityFolk. “The growth in attendance at Marvest over the last three years speaks to local appreciation for homegrown talent as well as the popularity of featuring local openers before touring headliners at festivals and club shows throughout the year. People want to see them up on stage.”

Every single Marvest performance is free all weekend long, with several of the Saturday performances geared towards families, including Sing Song Party Time with Derek McKinley Saturday at 2 and 3 p.m. at Mrs. Tiggy Winkle’s.

So, bring the entire family down to the Glebe for some musical fun. Come early with the kids and stay late with your pals to catch some of Ottawa’s top emerging bands. Check out the full schedule below and plan your musical weekend in the Glebe. 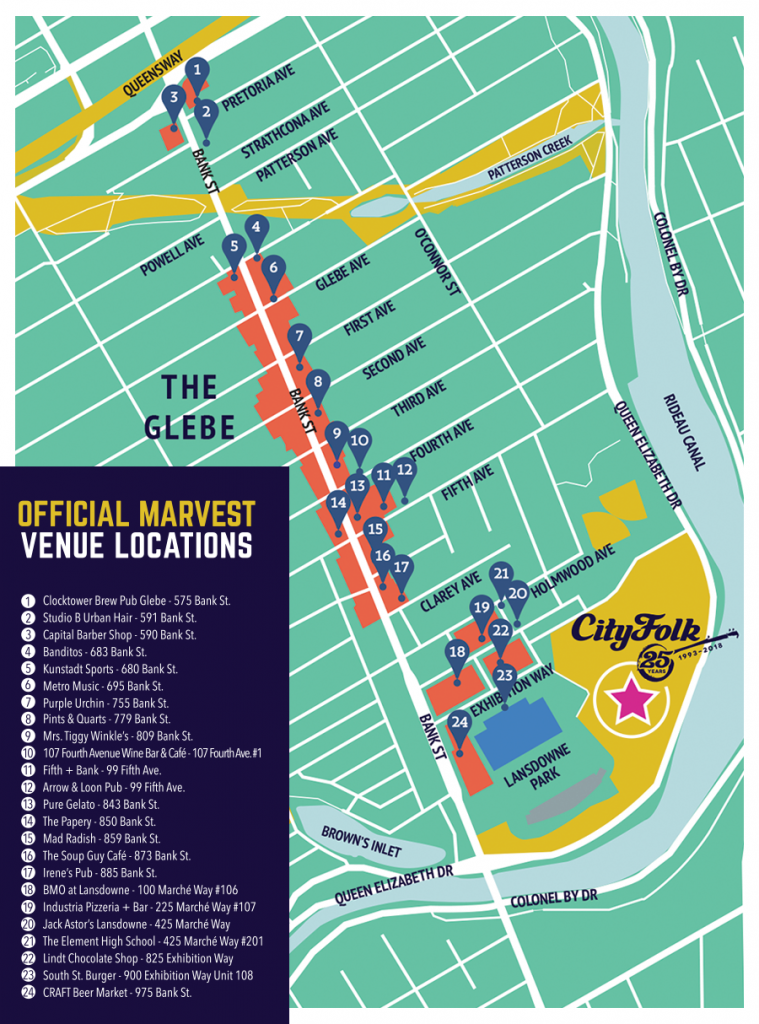